By mixing two or more polymers, a mixture of polymers can be obtained (polymer bitumen), which in addition to having the properties of the primary polymer, its weaknesses have also been eliminated, and in principle, it is possible to use a polymer that has the desired properties. Mixing it with another polymer improves the properties of this polymer. 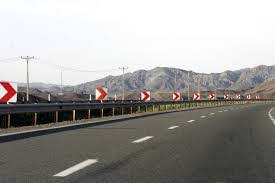 On most plain roads, it works well. However, new road needs are increasing year by year.
Increasing the number of industrial vehicles with large tires and increasing the load on the axles has devastating effects on the roads and this trend will continue in the future.

To help highway engineers meet this challenge, a wide range of custom asphalts made from modified polymer bitumen are now used, and a wide range of modified bitumens are used for conventional asphalt, all of which improve asphalt performance when Increase service.

Good design, construction and timely maintenance of roads not only increase resistance to various conditions but also increase safety.
However, parts of the road have more pressure than others.

Therefore, these points must be maintained, and despite the high volume of traffic on the roads, it will be difficult to repair the damaged areas, especially on the bridges, so the modified polymer bitumen in the preparation of asphalt helps the asphalt resistance and the need for repairs. You reduce.

The same method has been used to improve the properties of bitumen, so that by adding a certain percentage of some polymers to bitumen, the properties of this important material can be improved and a kind of modified polymer bitumen can be made.
Polymers that are added to the polymer as an additive to modified bitumens can improve properties such as softening point, adhesion, and brittleness of bitumen at low temperatures.

Some of the polymers that are added to bitumen as modifiers are: SBS, polyvinyl chloride, polypropylene, polyethylene and polystyrene, which are thermoplastic polymers. 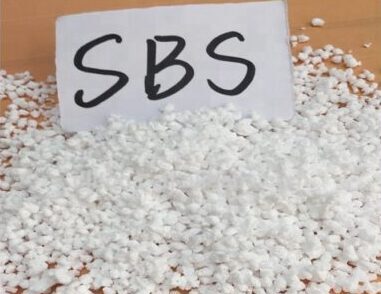 Another type of modified polymer bitumen is modified by SBS polymer.

These polymers are in the class of thermoplastic elastomers and improve the properties of bitumen in all temperature ranges.

However, despite the advantages of this polymer in terms of bitumen modification, the compatibility of this polymer with bitumen is low and this is a big obstacle in preparing bitumen with improved properties.

The reason for this incompatibility is the density difference of this polymer with the continuous environment of bitumen, which is easily separated from it at high storage temperature and forms new polymer molecules.

In this method, by adding another substance to the mixture, which increases the possibility of mixing by reducing the density difference.
In this method, which is performed at the microscopic level, by reducing the size of the polymer particles to the nanometer level, the problem of this incompatibility is solved.

In this method, by reducing the weight of the particles against the intermolecular forces of bitumen-polymer, the accumulation of polymer molecules and the formation of a polymer domain is prevented.

The results of penetration, softening point and viscosity tests showed that the addition of SBS polymer to bitumen improves the rheological properties of bitumen.

But in both cases, increasing the age increases the softness and viscosity and decreases the degree of penetration.

But in general, the aging rate of bitumens modified with SBS polymer is less than pure bitumen.

The use of asphalt containing bitumen modified with SBS polymer is suitable in areas with hot summers and cold winters or large temperature differences between day and night.

In hot weather, reducing the penetration of this bitumen and its non-viscosity along with the high strength of the mixture, makes it possible to withstand the load without creating a groove.

Excellent tensile strength along with the coefficient of roughness of asphalt mix with elastic properties of bitumen, provides good flexibility so that in cold weather, which is due to the shrinkage of surfaces prone to cracking, this mixture can be used.

Finally, the use of this bitumen in asphalt, despite the higher initial costs in its production, due to the increase in pavement life by increasing durability and indirect savings in several times the cost of improvement and repair, there is economic potential.

Polymer to bitumen reduces the degree of penetration and increases the softening point.
Theoretically, the increase in softening point is due to the formation of three-dimensional networks in the bitumen environment after the formation of long polymer chains, which increases the elasticity and fluidity of bitumen at high temperatures.
This leads to better bitumen performance at high temperatures. Also, with the increase of polymer, the bitumen permeability index increases